CHRISTMAS WITH MR. SCRINCH, Part One 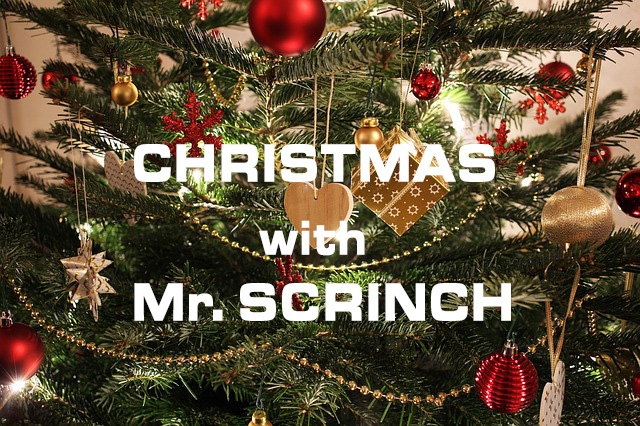 PART ONE OF TWO

Ah, Christmas, and as people scurry about in festive delight, adorning trees and houses with an abundance of bright lights, baking and cooking tantalizing feasts and confections, listening to old classics boasting seasonal joy, one person lives for whom all this activity means not one pleasant thing, the daughter of Mr. Scrinch.

With the arrival of the holiday season, Dad, an unpleasant man at any time, morphed into a combination of Charles Dickins’ Ebenezer Scrooge and Dr. Seuss’ nasty character, The Grinch.  Thus creating, Mr. Scrinch, a deplorable scoundrel.

With each passing day, this entity grew more disagreeable until his fits of rage exploded with such force and regularity, the three females of the house did their best to blend into the woodwork.

The creature hated anything and everything associated with this time of year, and not quite five, he set me up for discovery, one that brought gift giving to a near screeching halt which was his intent.

“Oh, you don’t want Santa to pass you by. Do you? Now close your door and go to sleep.”

Well, what kid wants Old Saint Nick to do a fly-by? Sleep? Not hardly. The sun still shone, and anticipation coursed through excited veins, but I somewhat obeyed.

A few feet away from curious ears glued to my closed door, a succession of soft footsteps scuffled back and forth across the floor from Mother and Father’s bedroom to the living room.

My tiny fingers wrapped around the knob and with a slow, silent twist, I dared peek. With packages in hand, Mommy crouched and set them beneath our sparkling Balsam fir.

For hours, I waited until all fell still and quiet. Now my moment arrived, and I crept from my room as noiseless as a wary mouse, tiny tiptoes headed for the stash.

How many gifts are for me?

The moonlight danced through the frosted windows, and I read the tags.

What? How can these packages be From Santa when I’ve been wide-awake, and he hasn’t dropped by? 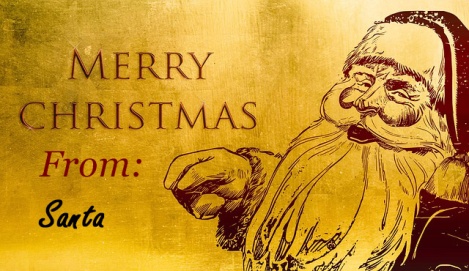 Confused, I slid back to bed where I fitfully drifted into dreamland.

The instant dawn’s light scratched the sky, I scurried back to the stack, and everything stood as it did hours before. No changes.

After some calculation, I reached an explanation, and as my four and a half year older Sis bounded into the hall, I blurted, “There is no such thing as Santa Claus.”

“Well, how do you arrive at that conclusion, Missy?”

“Last night I saw the gifts under the tree, and they read From Santa on them, and no new ones appeared.”

Master Scrinch sneered and snorted, “Ha, you’re right. There is no Mr. or Mrs. Claus, no flying reindeer, no tooth fairy, and no Easter Bunny.”  In one swift swoop, every childhood fantasy vanished into oblivion, and my little girl fairyland crumbled into a zillion pieces.

Subsequent Christmases, since the rotund, white-bearded man didn’t exist, zero gifts, or a single toy laid ready for opening (almost always a boy’s due to the fact Father yearned for a son), and this was not one fancy box for each anxious kid. A solitary present awaited one daughter, and the other received nothing, nada.

The next year, a bestowal fell on the previous year’s forgotten one. Intense disappointment enveloped the child sitting on the sidelines as another’s fingers unwrapped the only surprise.

Though a baseball glove, car, or truck spilled to the floor, at least, one of us received something.